The appearance of the rig’s Stand By Vessel raises hopes of escape in the team – leaving geologist Rose until sunrise to try and work out the scientific nature of the mysterious ash onboard before the crew abandon ship and make a break for it. But with tensions running high, some are compelled to take the situation into their own hands, with serious consequences. 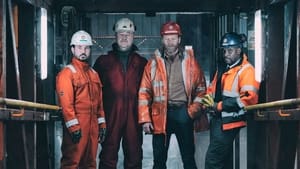