While Nairobi, one of the robbers, oversees the continual progression of printing new money, Arturo’s condition worsens rapidly. The Professor negotiates with Raquel to let a medical team into the Factory, and Angel sneaks in as a Trojan horse disguised as a nurse to get more informations from inside. Meanwhile, the police tries to find another way into the building, which looks promising until they find out that they were secretly discovered and have to abort the mission. 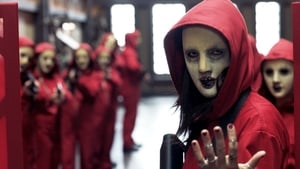 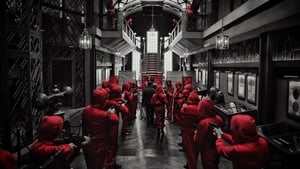